The Young Directors’ Festival Line Up 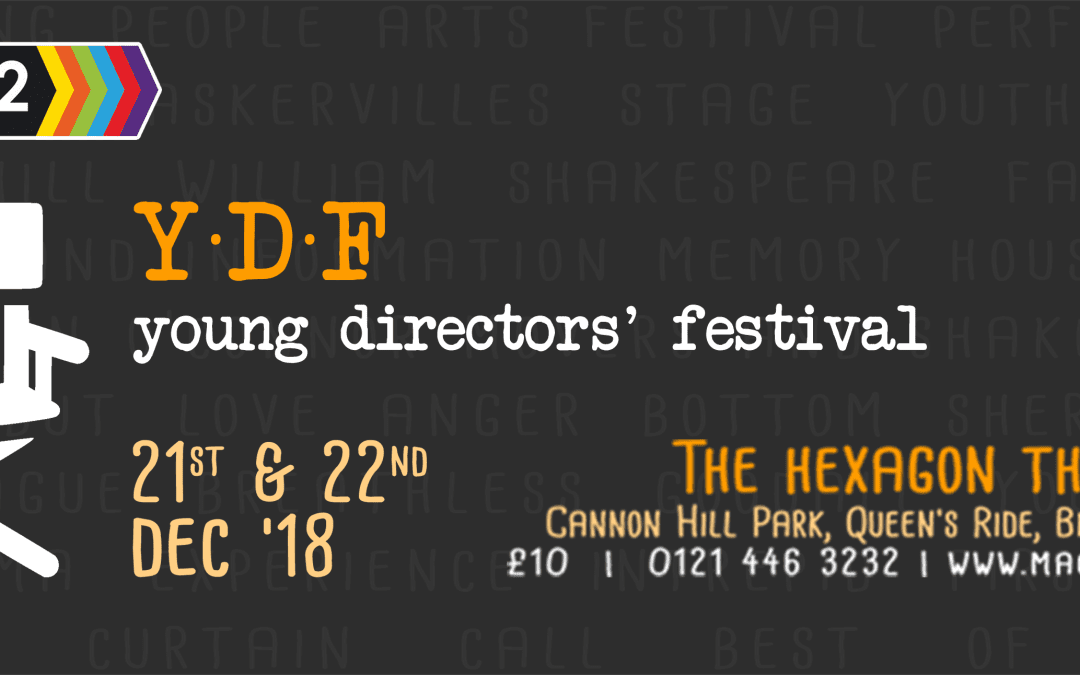 The Young Directors’ Festival is well on it’s way to being a fantastic line-up of brilliant performances. Here’s a brief summary of each extract so you know what you can expect:

The Hound of the Baskervilles
By Sir Arthur Conan-Doyle, Adapted by John O’Connor

Directed by Byron Creavin-Jerwood, this simplistic extract from a wider text is a spine-chilling insight into the inner-workings of the revered Sherlock Holmes and his sidekick Dr. John Watson.

An original piece of writing by Kate Goodall, centred around the struggles faced by an individual after the death of a close friend. Uplifting and thought-provoking, this piece is beautifully staged in a traditional Stage2 style, guaranteed to make you think as much as it makes you feel.

Directed by Olivia Grant-Bryson, Shakers by John Godber was originally produced as a four-hander, and our director has stuck to this process. Focused on the trials and tribulations of four waitresses in a classy Cocktail bar, we see the wide variety of low-lifes, party-goers and chinless yuppies who grace their workplace.

This complicated selection of scenes from a wider play centres around the processing and dissemination of information – from keeping & telling secrets to constructing a “memory house”. This piece of post-modernist theatre is presented in a reflective stylised process by director Georgie Nott.

A true classic from one of the Bard’s most famous plays. In this extract we see the hapless mechanicals traverse a barren stage as we see their rusty rendition of “Pyramus & Thisbe”. Directed by Robert Fretwell, Stage2’s Mentor Manager, this is funny, light and a little bit barking.

The Gilt Frame
Adapted from the original text by Chris Priestly

Adapted and Directed by Carmen Hutchins from Chris Priestly’s Uncle Montague’s Tales of Terror. This extract, set in Victorian England, centres around the spoilt Christina as she uncovers a sinister world resting just behind the frame.